Eagle Disposal has informed the Township of a modified trash schedule due to the COVID-19 virus. Trash and Recycling pickup will continue on a normal schedule, Yard Waste and Bulk Item pickup is temporarily suspended until further notice. Additional information can be found below.

Township trash and sewer bills for 2020 have been delayed and will go out in April. The deadline for payment has been extended to May 15th. More information can be found below.

Why We Conduct This Count

The census provides critical data that lawmakers, business owners, teachers, and many others use to provide daily services, products, and support for you and your community. Every year, billions of dollars in federal funding go to hospitals, fire departments, schools, roads, and other resources based on census data.

The results of the census also determine the number of seats each state will have in the U.S. House of Representatives, and they are used to draw congressional and state legislative districts. It’s also in the Constitution: Article 1, Section 2, mandates that the country conduct a count of its population once every 10 years. The 2020 Census will mark the 24th time that the country has counted its population since 1790.

Participating in the census is required by law, even if you recently completed another survey from the Census Bureau. A complete and accurate count is critical for you and your community, because the results of the 2020 Census will affect community funding, congressional representation, and more. 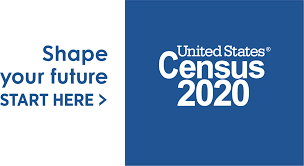 For more information, visit the Census website at by clicking the graphic above.

Uwchlan Township continues to operate an essential employee only operation due to COVID-19 (coronavirus). All non-essential personnel will be working remotely, when possible. The Township will continue to monitor the situation and make changes to this policy as needed. We thank you for your understanding and cooperation at this time.

Construction of the Mariner East II Pipeline was deemed non-life essential by the Governors office and will cease until further notice. The Township understands that there still may be limited crew on site performing various maintenance activities to keep the site safe during the shut down. This may also include starting up the equipment occasionally, but no forward progress of the drilling operations will occur and machine start-up will be for a limited duration. None of the waivers granted for this projects by state are anticipated to affect Uwchlan Township.

The Township encourages all residents with questions and concerns related to COVID-19 to visit the Chester County Health Department, Linked Here.

Essential Services: What is Open and What is Closed? 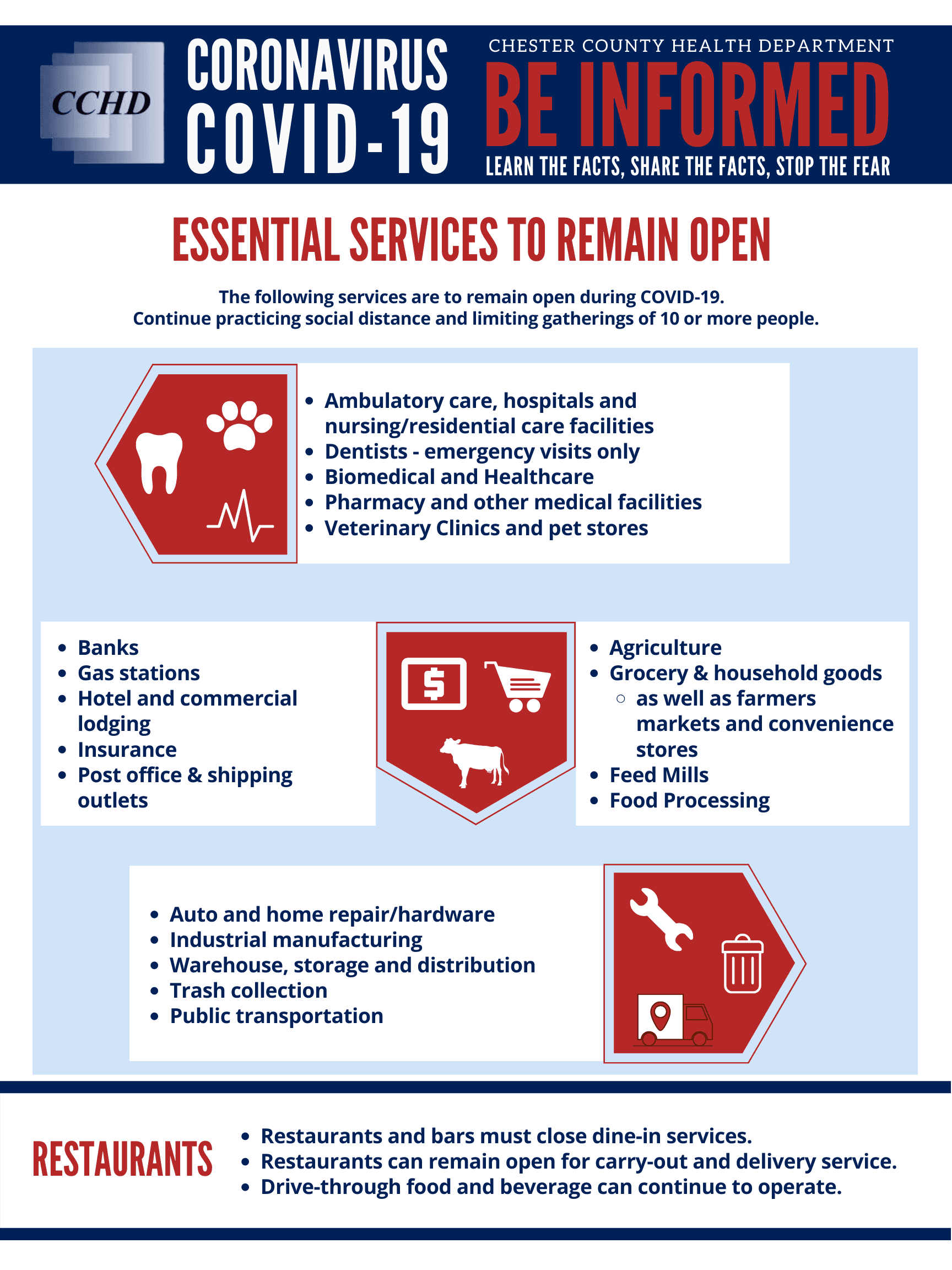 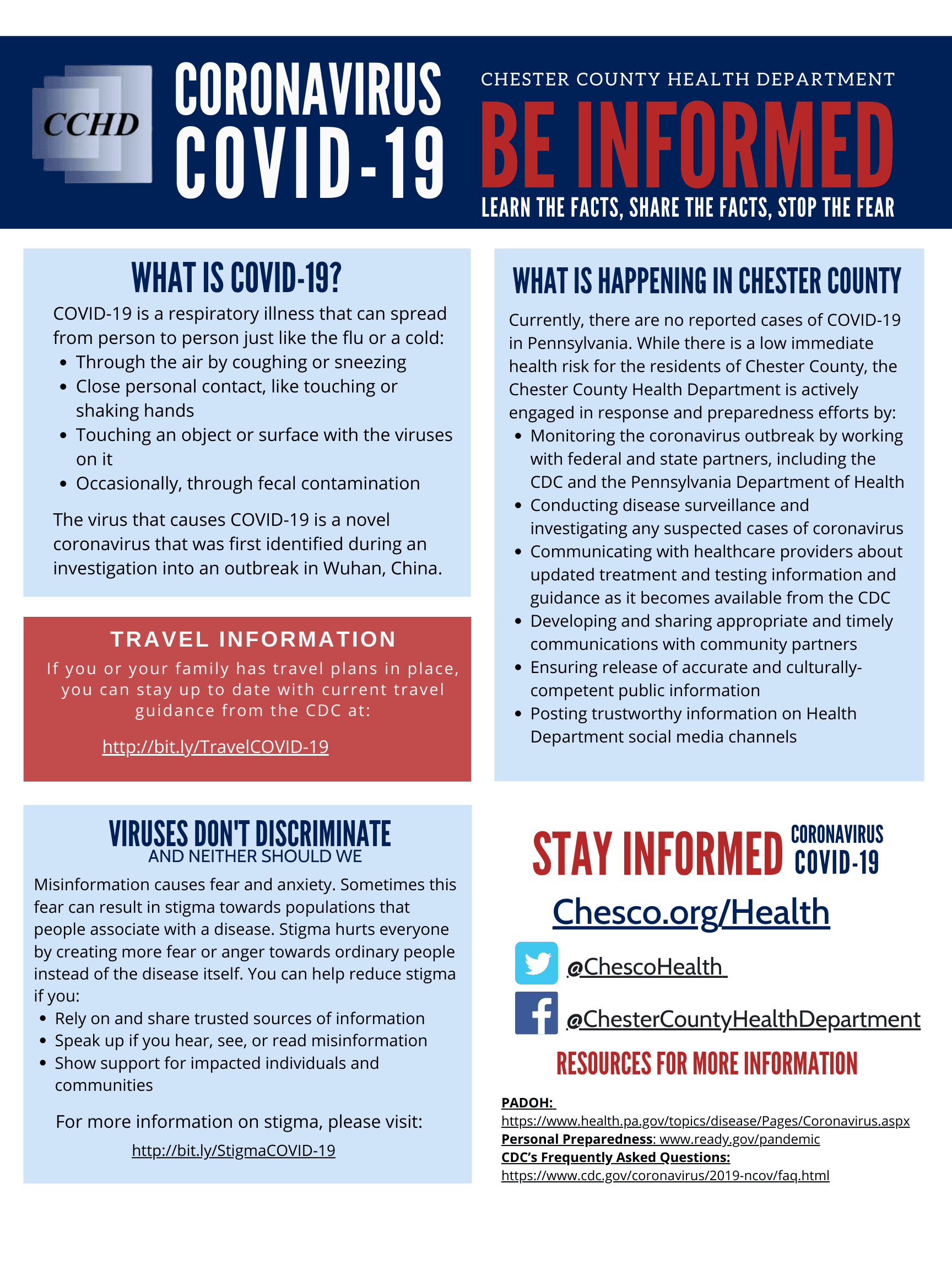 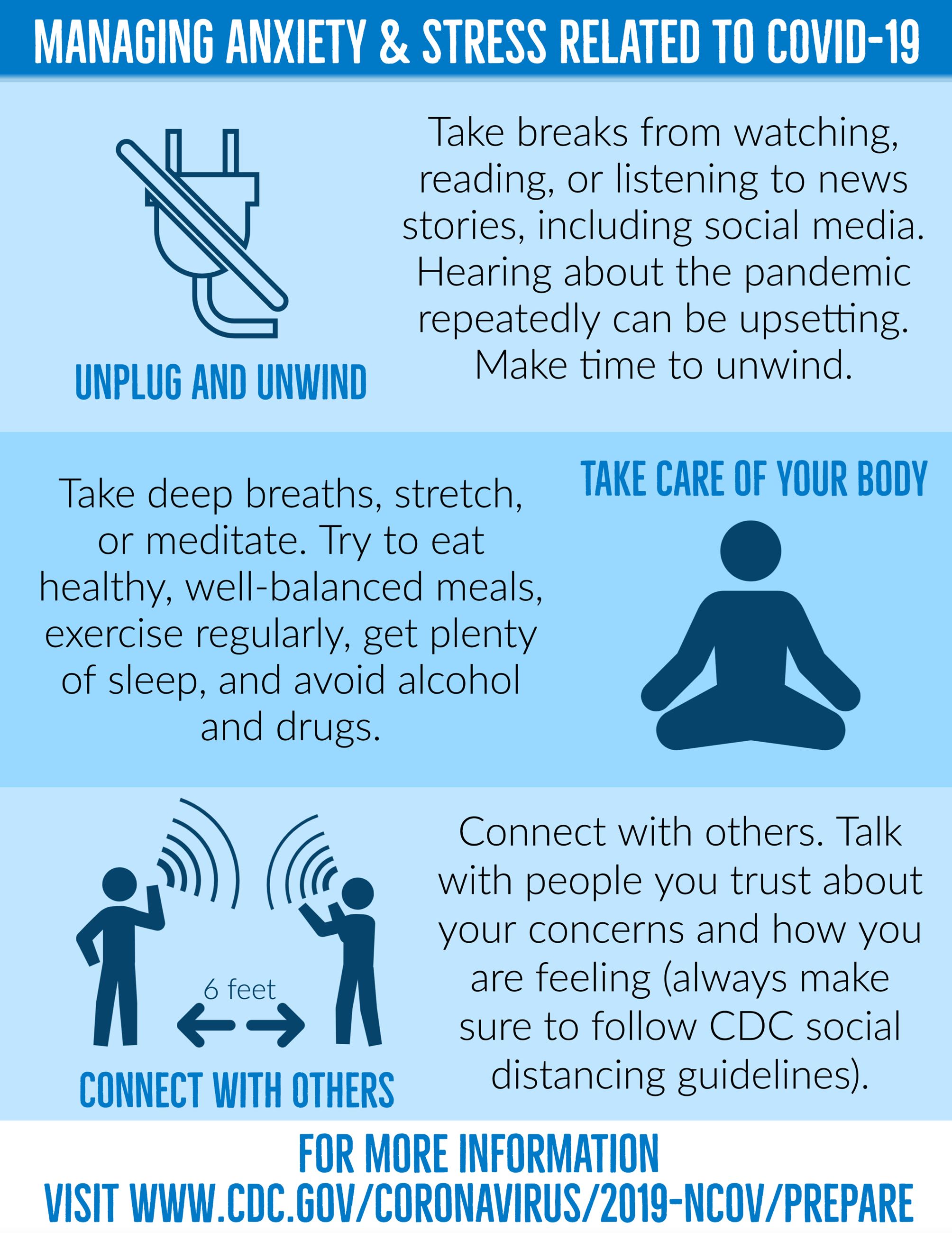 Township businesses unclear as to how the Governor’s order impacts their organization may email the Department of Community and Economic Development (DCED) for further assistance at the following email account:
ra-dcedcs@pa.gov

In the event a waiver is needed, the DCED’s waiver form can be found linked here:(https://expressforms.pa.gov/apps/pa/DCED/Waiver-process-keeping-physical-locations-open) and forms can be submitted to RA-dcexemption@pa.gov.

In order to best protect sanitation workers and the community from the further spread of COVID-19, the following changes to trash services have been implemented by Eagle Disposal:

The Township will continue to update our webpage  www.uwchlan.com  with any updates regarding yard waste pickup dates, bulk and mattress pickups, as well as regulations implemented by Eagle Disposal for trash and recycling pickup. 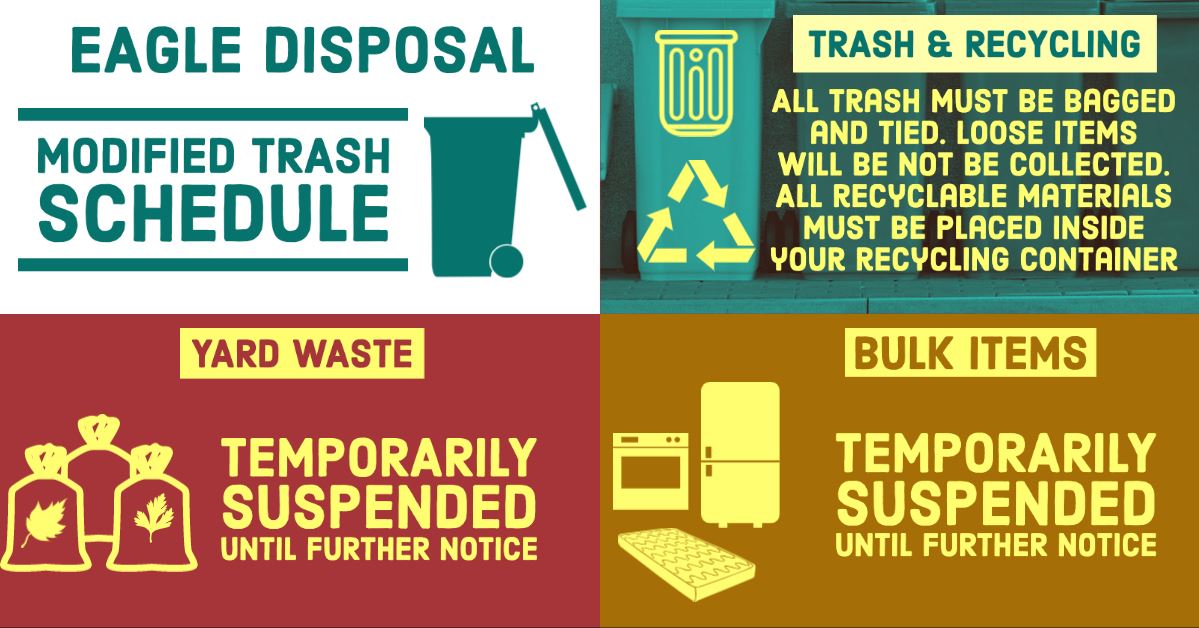 In response to COVID-19, Pennsylvania’s 2020 Primary has been moved from April 28th to June 2nd, 2020. Polls are open on Primary Day from 7 am to 8 pm. To read the Governors Bill rescheduling the Pennsylvania Primary, Click Here. For more information on polling locations and district boundaries, please see the interactive map below or visit the Chester County Department of Voter Services by Clicking Here. Click the arrows in the top left to view map legend. You can search for your specific address in the search box in the upper right corner. Pennsylvania is also offering the option of mail-in ballots, please click the above link to Voter Services for more information.

Stay in the Know

The Heart of Uwchlan project emerged out of the EAC’s #SustainableUwchlan goals and the growing community interest in sustainable gardening practices that include planting native plants to support our threatened pollinators and enhance the environment for birds, butterflies, and other beneficial wildlife. While the Uwchlan Township building campus has been maintained with care over many years, the opportunity exists to enhance the park to make it more attractive as well as more environmentally beneficial.

The Heart of Uwchlan project started as a Milkweed Garden, analysis of areas where stream banks can be restored with beneficial plantings and the development of a plant list that could enhance the landscaping around the Veterans Memorial. The project includes working with local experts, including Penn State Extension Master Watershed Stewardship trainees and Pennsylvania Master Naturalist trainees from the Green Valleys Watershed Association. Plans are evolving, preparation is being done, and planting activities will start this coming spring.

An important aspect of the Heart of Uwchlan project is to engage the public about nature: to enhance the park to make it more inviting to families, especially children, with the natural environment. Learning stations about natural topics will be developed and educational events are currently being planned. The EAC is developing ideas to involve school children and their families in the activities at the park. It is also a goal to educate about environmentally beneficial practices with examples families can apply in their own backyards, in response to a growing movement toward a change in gardening practices to be more environmentally sustainable.

The public is invited to become involved in the Heart of Uwchlan project and other #SustainableUwchlan activities. Interested in participating? Contact the Uwchlan Environmental Advisory Council at eac@uwchlan.com. 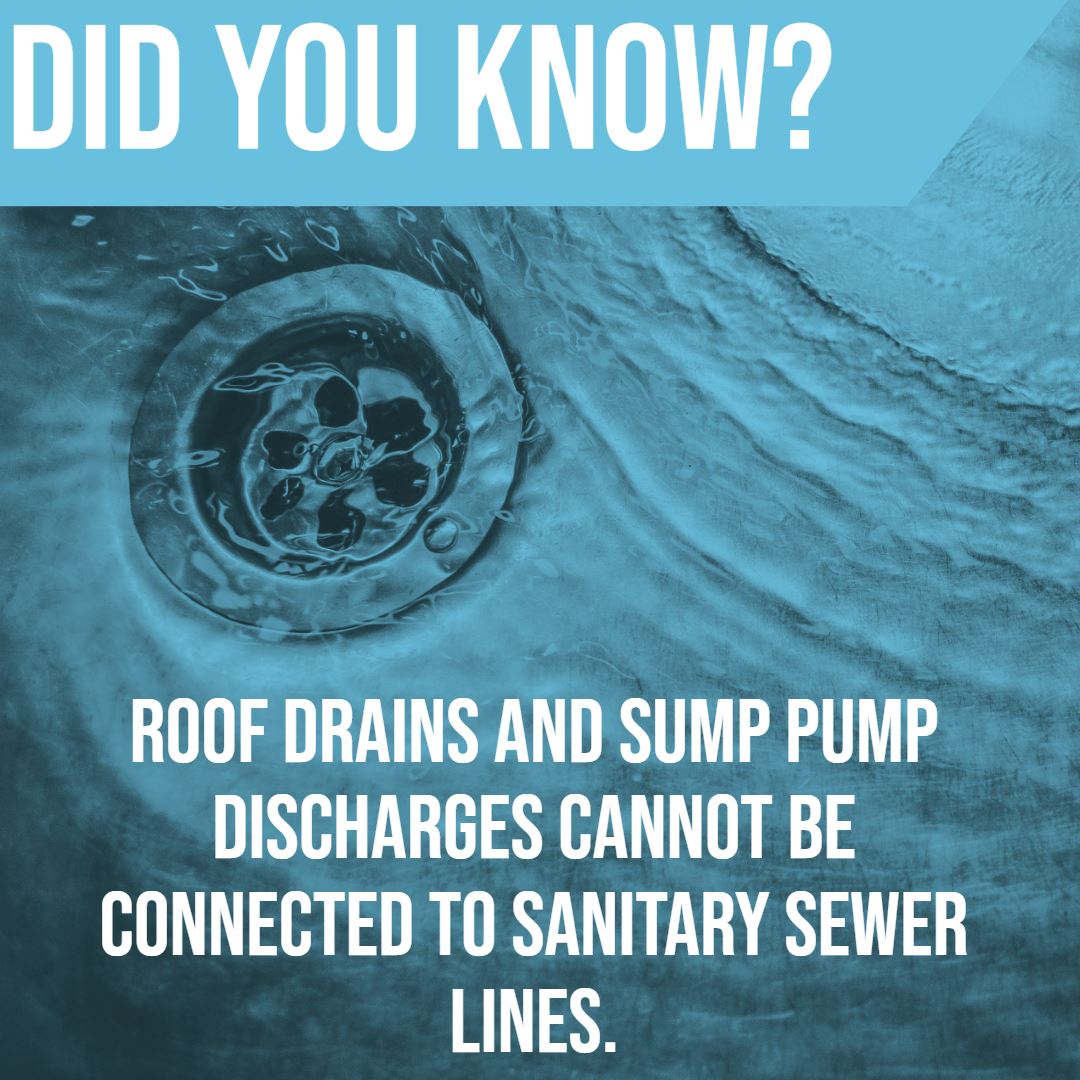 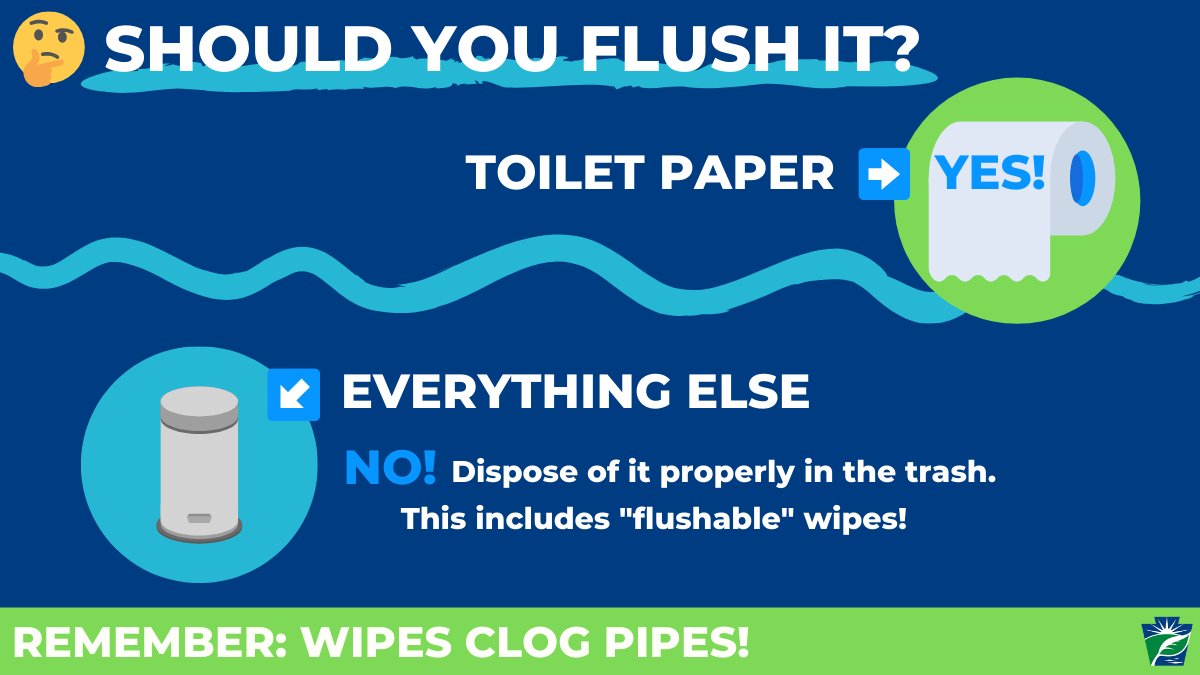 A pothole develops when water seeps below the road through small cracks in the pavement surface. As the water repeatedly freezes and thaws due to temperature fluctuations, a cavity forms below the surface and larger cracks develop, which destroys the strength of the pavement.

Potholes and other roadway concerns on state roads can be reported by calling 1-800-FIX-ROAD or visiting www.penndot.gov and clicking on “Submit Roadway Feedback.” When reporting a pothole to PADOT, motorists should be as specific as possible and include the state route number, county, municipality, street name and familiar landmarks. 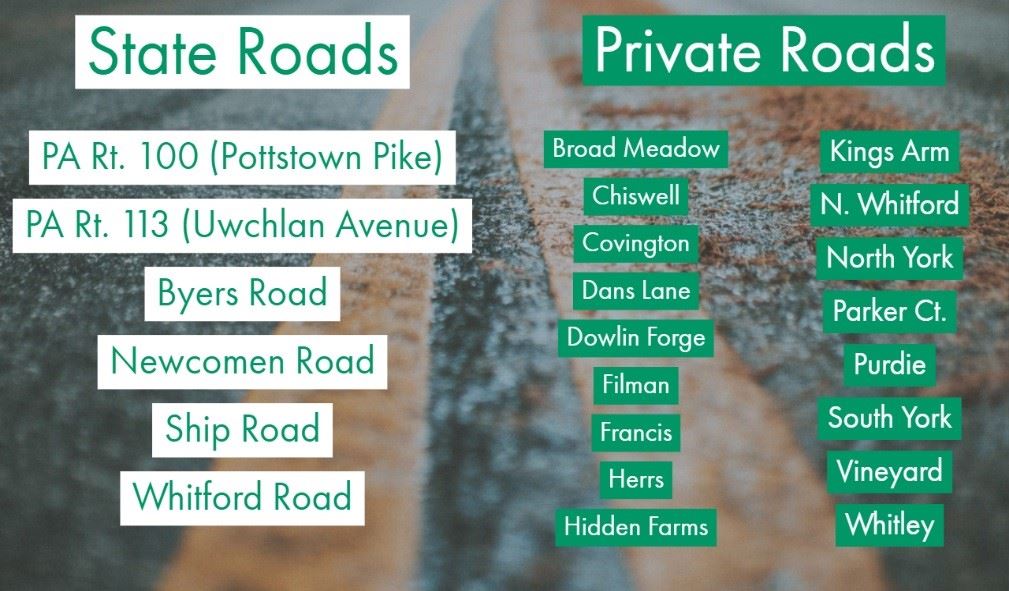 Due to the COVID-19 pandemic, all dates are subject to change. Please visit the Township website Calendar or up-to-date information on all meeting dates and events. 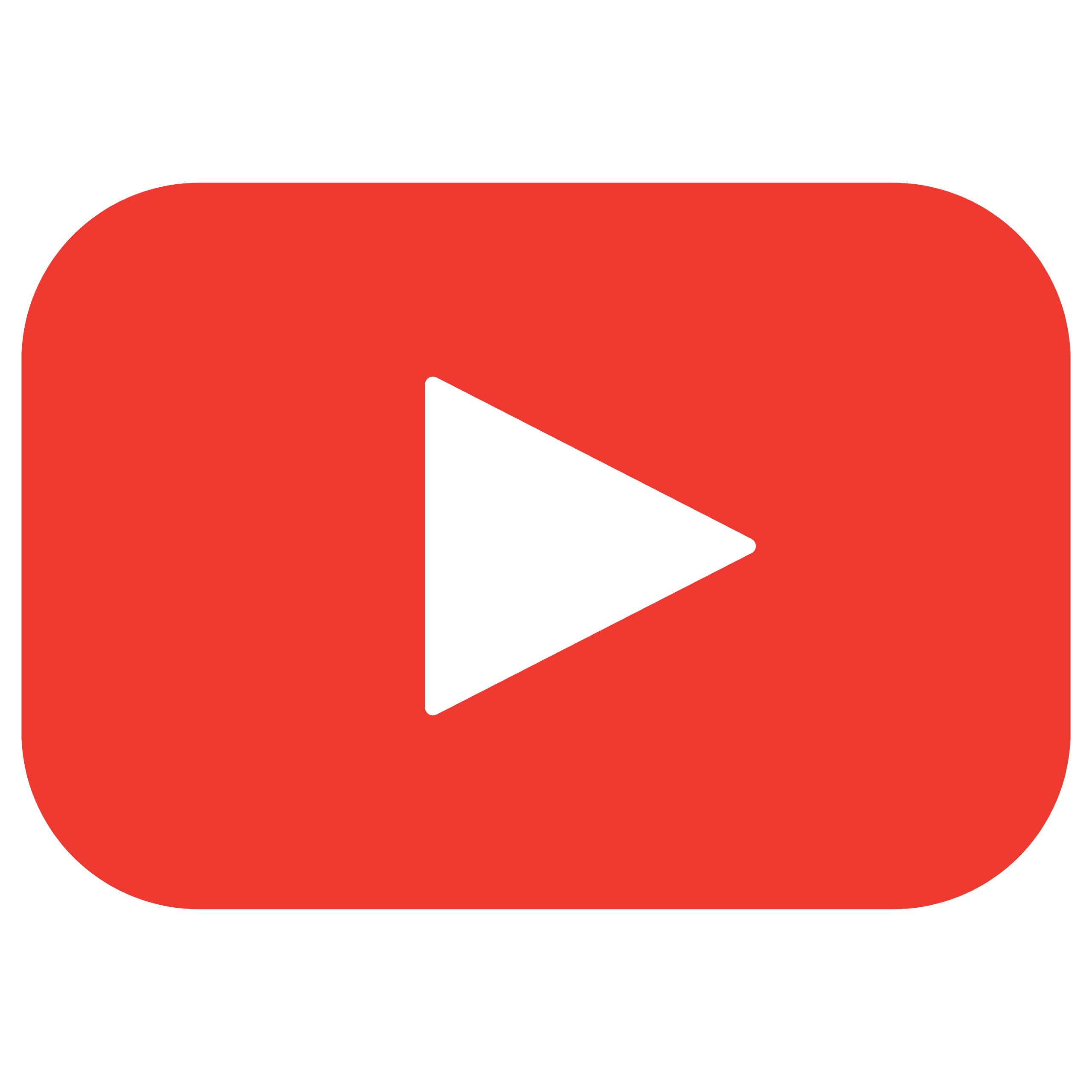